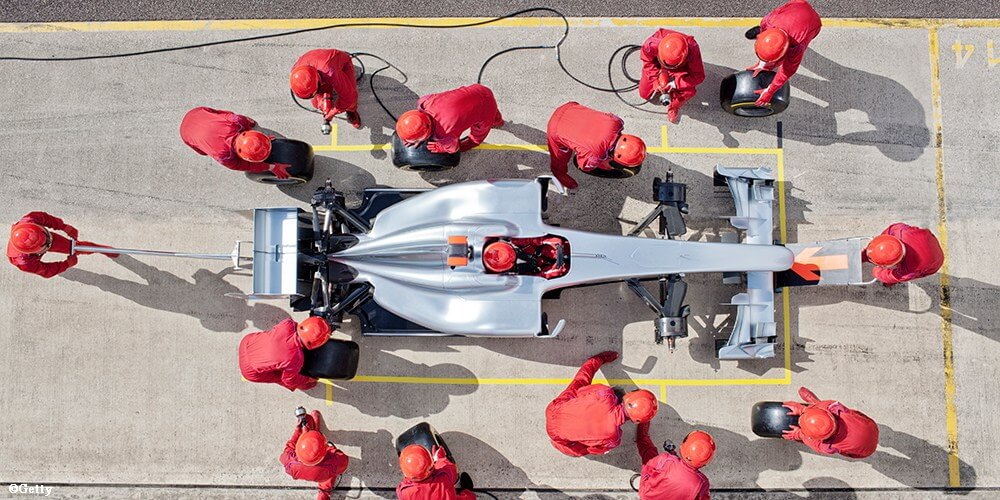 Justin Hughes, a former fighter pilot and executive director of the Red Arrows – shares the principles you can instil in your people and your personal leadership to make your team greater than the sum of its parts

There’s a teambuilding offsite meeting coming up. How do you, as a leader, feel? Excited? Nervous? Annoyed? These are all perfectly reasonable reactions and the benefits may range from learning a lot to learning to be on holiday next time. However, the reality is that people already have almost unlimited potential and achieve amazing things; the problem is that it’s not often in work time.

Most tasks that organisations undertake involve people working together, ranging from those who work on specific activities as constituted teams, to complicated cross-functional project groups, or senior leadership teams comprising ‘heads of’. What is the key to transforming your team’s activity into outcomes, or adequate into extraordinary?

I spent 12 years as a military fighter pilot, including 250 displays on the Red Arrows, as part of an organisation in which teamwork was not a choice but a way of life. And during a further 13 years as a management consultant, I have had an unparalleled opportunity to dissect and better understand the relevance of my experience to other organisations aspiring to high performance, as well as also learning from my clients in turn. Here’s what I’ve learnt about building high-performance teams:

“B-grade performance will be met with generous severance packages, even if accompanied by A for effort.” “Brilliant jerks. Some companies tolerate them. For us, the cost to effective teamwork is too high.” These two quotes were both taken from some insights into ways of working that Netflix put into the public domain some years ago. It wasn’t about performance or attitude, but both. It’s the same in the All Blacks rugby team and it was the same on the Red Arrows. Passing the selection flying test was essential but insufficient; you had to have the right attitude as well. For the team or organisation, you get what you reward.

It doesn’t really matter at what level the team is playing, I see no bigger barrier to performance than a lack of clarity in common purpose. What are we trying to achieve? And why? As consultants, we will routinely spend half a day or more with a team, holding them to a high bar in crafting a single sentence which describes their goal and why it matters. With apologies to Lewis Carroll, Alice and the Cheshire Cat for a little paraphrasing: “If you don’t know where you’re heading, it doesn’t matter which way you go.”

Give up the illusion of control. But only after making sure that everyone is singing from the same sheet. Military flying is underpinned by standard operating procedures (SOPs). Contrary to popular perception, however, that does not make you inflexible – rather, it’s what makes you flexible. It frees up your brainpower for the clever stuff. The people on the job will invariably have the best insights into how to achieve it. But in order to make good decisions, they will need to properly understand the wider context of what is trying to be achieved. And they need to be coordinated and aligned with their colleagues. Align - and then empower.

4. Embed the discipline of execution

‘I have always found that plans are useless but planning is indispensable.’ (Dwight D Eisenhower)

No plan ever survives collision with the real world. It’s not the output that is important, but the effort which went into the brainstorming, stress-testing and thinking about plan B which sets you up for success. Aim to make high-pressure decisions in low-pressure environments. And communicate clearly. Fighter pilots always use a simple cycle: plan–brief–execute. Nothing is left to chance.

5. Know what ball you can’t afford to drop

Faced with ambiguity, imperfect information, time pressure and the high consequence of failure, you will never make a perfect decision. It’s always better to be approximately right than precisely wrong. Use SOPs to script the known knowns. For the known unknowns, think about plan B. And for the totally unpredicted ‘ruin your day’ nightmares, fall back to simple priorities. Some balls will be dropped. Make sure you know what ball you can’t afford to drop before it happens.

On the Red Arrows, there was no more important tool in accelerating performance than objective, honest, no-rank debriefs. If you’re operating close to performance limits, things won’t always go perfectly. That’s fine, as long as you fix things quickly. Debriefing well requires real objectivity. Internal biases tend to give us a very different perception as actors than as observers. We need to try to bring external objectivity to internal performance review. Lots of organisations talk a good story about learning. You have to do something to make that a reality. Debriefing is not as much fun as doing stuff. But it’s what high-performance organisations do.

7. Be the leader you want

Leadership is, in many ways, a discretionary bonus. It’s rarely what gets you promoted. That is getting the job done. But it can have an exponential impact on performance. Leadership is when one person follows another of their own free will because they feel engaged and inspired. Describe the leader you would follow to the ends of the earth. Few people will use words like strategic, effective or organised. The description tends to be values and behaviours which inspire respect. You know what it looks like. Be the leader for others that you want for yourself.

Get the basics right. You don’t exhibit a new, better professional standard under enormous stress; you revert to the default wired-in behaviours. Wire in excellence as your default. It’s easy to overcomplicate. The clever bit is simplifying. Understand what will make the difference and be the best at those things. It’s all about world-class basics.

Roles:
MD and Director of Consulting, Mission Excellence, helping clients to accelerate team and organisational effectiveness.
Author, The Business of Excellence.
Presenter on performance, leadership, decision-making and risk, including previously at the IoD Annual Convention.
Adviser to Humanutopia.

Enquire about booking Justin to speak at your event.

This article was originally posted on the Director website on Feb 10, 2017